Why Convesio Is the Best WordPress Hosting Platform? 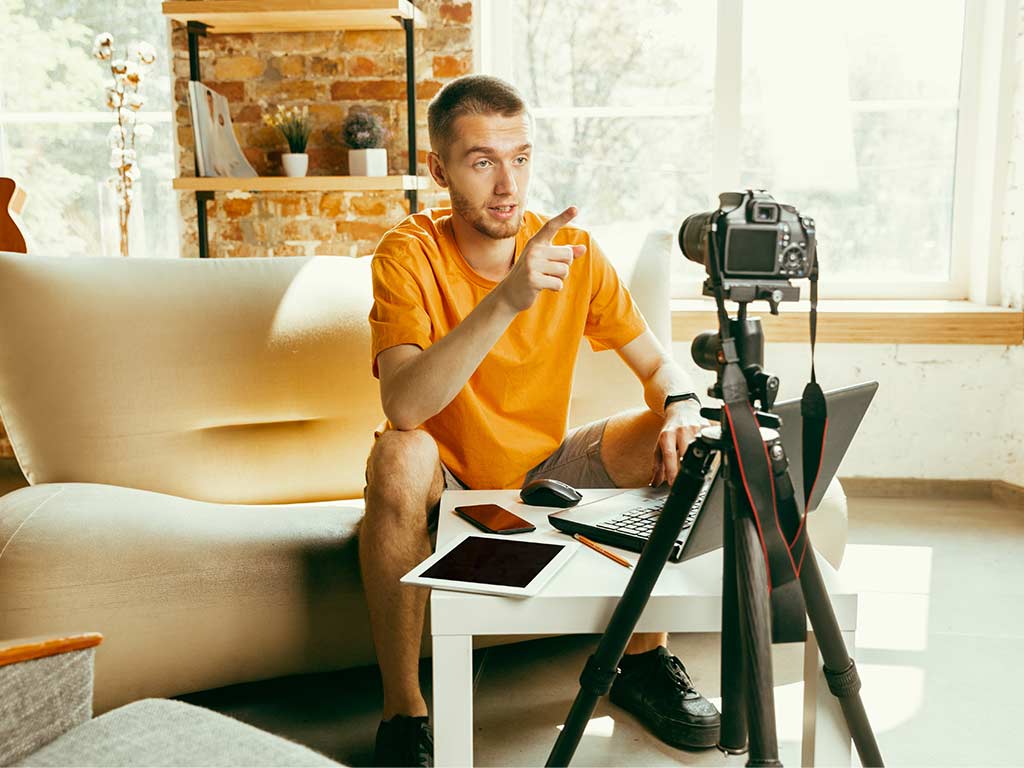 Who is an influencer?

You might be forgiven for thinking that every user on a social media platform who has millions of followers is inherently an influencer. But that's not the case.

In common parlance, an influencer is a person who has some kind of sway on the behaviour of their followers. The beauty expert is the one who poses with the newest shade of lipstick (sponsored, of course.) Or the gym rat who brazenly advertises the newest piece of exercise equipment he has.

People who wield influence wield it. Influencers are those who have the ability to persuade others to follow a brand, purchase a product, or make some other form of purchasing choice. Because of their reputation or fame, influencers are able to sway others.

According to Influencer Marketing Hub, this is what influencer marketing is:

A person is said to have influence if they have the ability to influence the purchase decisions of other people as a result of a person's authority, expertise, position, or relationship with the people who make up their audience.

A following within a certain subfield, composed of individuals with whom he or she actively interacts. The size of the following is directly proportional to the size of the individual's particular topic inside the niche.

On the other side, someone who generates material for digital domains such as YouTube or Instagram is known as a content creator or digital creator. The production of material is seen as the creator's primary means of income. They are responsible for the production of information, not for influencing others... Do you see the distinction?

Another definition would be as follows:

"Someone who is responsible for the contribution of knowledge to any medium, but most especially to digital media is referred to as a creator. Typically, they are geared at a certain end-user or audience in a particular setting.

It's true that content providers and influencers both still have the ability to sway people's opinions and behaviour. The distinction, though, lies in the aim of the speaker. The work of an influencer is to exert influence, while the function of a creator is to create.

It's possible that a teenager who becomes famous on Instagram for posting viral cosmetic instructions and then begins selling beauty items through sponsored posts is an example of an influencer. Or there's the housewife-turned-fashion-vlogger who leverages her large following on social media platforms like YouTube, Instagram, and Pinterest to promote her own bespoke clothes line, as The Atlantic points out.

A creator is a unique individual. The expert with many years of relevant knowledge is the one who publishes films on a specialised subject. It refers to the individual who writes reviews for their preferred items. A storyteller is a person who tells tales.

Which produces greater results for your brand: content creators or influencers?

Two users of YouTube. Both have close to one million people following them. Both have hundreds of millions, if not millions, of views. The difference between these two is that one is a digital creator, while the other is an influencer. What's the difference between the two? It's possible that one of them will have a far more substantial effect on your business than the other...

The distinction between content creators and influencers is not well understood by the majority of people, who incorrectly believe that if they find someone with a large following on social media platforms such as YouTube, Instagram, or Twitter, that person will generate millions of dollars for them. This isn't always the case, by any means. Here is everything about digital producers and influencers that you wanted to know but were scared to ask for fear of sounding ignorant.

What difference does any of this make?

When it comes to marketing, the outcomes you get from collaborating with a creator vs an influencer will be extremely different. The way their followers should dress, the kind of cosmetics they should put on, and the items they should purchase are all things that may be influenced by influencers. The content that creators produce, on the other hand, is what draws people in and keeps them interested. Examples of this type of material include how-to guides, a day in the life videos, tips, tutorials, and so on.

It's possible that you won't see [creators] on the steps of the Met Gala or hosting their own reality series on MTV, according to AspireIQ. "It's possible that they won't be able to sell goods with their faces on it, and it's also possible that people won't follow them due purely to their endearing personalities. However, content producers can get a significant amount of attention and support."

Creators have the potential to be equally as influential as other types of people. Marketers collaborate with content creators to sponsor and monetize films, as well as to drive potential customers farther along in their sales funnels.

An example- When one of the most popular content creators on YouTube, Felix "PewDiePie" Kjellberg, received sponsorship from the energy drink business GFUEL.

Why are people who have a lot of influence problematic?

The vast majority of marketers first turn to influencers and then concentrate on individualised content that is directed toward their audience. The problem is that millennials are growing more cautious of influencers; in fact, 52 percent of millennials do not trust influencers at all. There is a growing belief that some influencers only want the money that comes from having a sizable following on social media, and that they don't even utilise the items that they recommend in their own lives. This is a perspective that is spreading rapidly.

There are also legal concerns to consider. In reality, just 11% of influencers are in complete compliance with the FTC's advertising requirements. It would appear that there is still some degree of overlap between the material produced by influencers and advertisements.

The outcomes are the same when looking at videos on YouTube. Only 35 percent of users really view the pre-roll advertisements; the rest of the users skim over them in order to see the actual content that was created by digital artists. This indicates that roughly one in three consumers will not wait through an advertising for a random company that appears on the site.

According to Influencer Marketing Hub, "Influencer marketing is still a highly popular and efficient method of marketing."

"Those who are actively participating in the sector are able to plainly observe the efficiency of influencer marketing, despite the fact that the media may on occasion carry reports from sceptics denouncing the industry."

However, this does not always imply that firms should solely rely on influencers to drive their marketing initiatives. In order to achieve explosive outcomes, digital producers should be employed in conjunction with influencers.

What is the result?

More in-depth contact with potential consumers for companies, as well as improved revenue for artists that is not only dependent on advertisements served by the platform. Joy in every direction you look.

There is no either/or choice available. When it comes to marketing, creators may be just as powerful as influencers, which is important to remember because influencer marketing continues to be profitable for many companies that want to raise awareness of their products and services and promote them. For a more diversified marketing funnel, using a combination of the two can be quite beneficial. Everyone can participate in this game if they want to.

You might be forgiven for thinking that every user on a social media platform who has millions of followers is inherently an influencer. But that’s not the case. How to Create Free Backlinks for New Website In 2023?