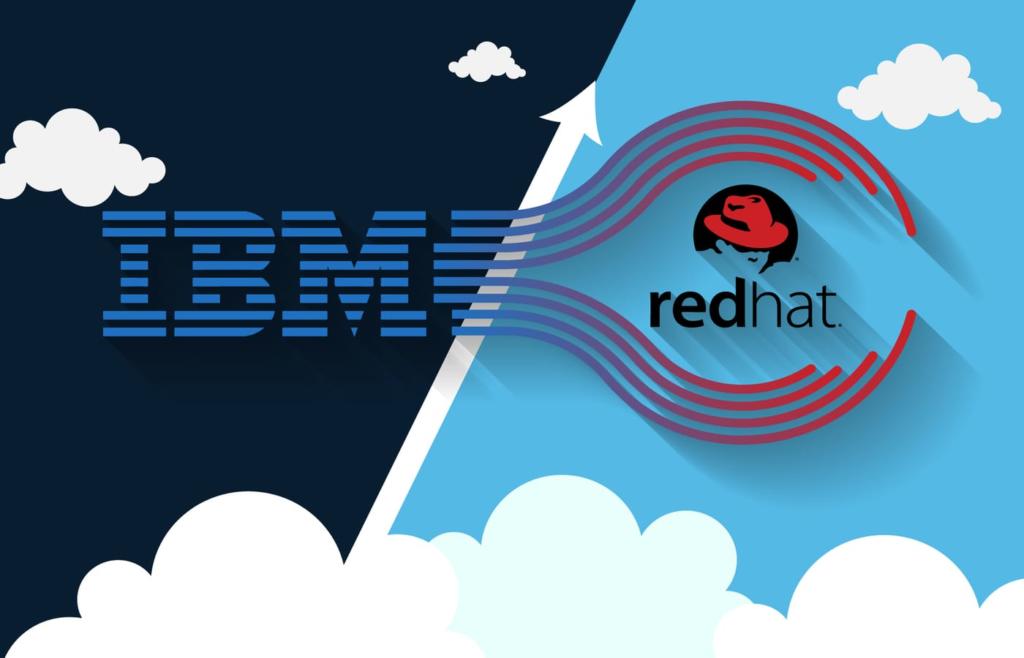 The largest deal ever for an open source company and the third largest tech deal ever was made on 28th October between IBM and Red Hat. IBM has announced that they have acquired Red Hat in a deal worth $34Billion.

According to IBM Chairman, President, and CEO, Ginni Rometty, the acquisition of Red Hat is a game changer and changes everything about the cloud market. “IBM will become the world’s #1 hybrid cloud provider, offering companies the only open cloud solution that will unlock the full value of the cloud for their businesses,” she added.

Rometty further explained that most companies today have reached only 20% of their cloud journey as they rent computing power in order to cut costs. The next 80% of the journey is about unlocking real business value and driving growth. She believes that as the next chapter of the cloud, it would require shifting of business applications to a hybrid cloud, extracting more data and the optimization of every part of the business.

The default choice for modern IT solutions is open source and Jim Whitehurst, President, and CEO, Red Hat, is incredibly proud of the role Red Hat has played in making that a reality in the enterprise. “Joining forces with IBM will provide us with a greater level of scale, resources, and capabilities to accelerate the impact of open source as the basis for digital transformation and bring Red Hat to an even wider audience – all while preserving our unique culture and unwavering commitment to open source innovation,” he added.

This acquisition will bring together the best-in-class hybrid cloud providers and enables companies to move all business applications securely to the cloud. Multiple clouds are currently being used by companies today. Research indicates that 80% of business workloads have yet to be moved to the cloud, as they are held back by the proprietary nature of today’s cloud market. The nature of the current cloud market prevents portability of data and applications across multiple clouds, knowledge of data security in a multi-cloud environment and a consistent cloud management.

This issue will get addressed by the strong positioning of IBM and Red Hat which will accelerate hybrid multi-cloud adoption.

Together, they will be able to;

By doing so, they will be able to draw on their shared leadership in key technologies, such as Linux, containers, Kubernetes, multi-cloud management, and cloud management and automation.

The IBM-Red Hat partnership has spanned 20 years. IBM was an early supporter of Linux, working together with Red Hat to help in developing and growing enterprise-grade Linux. Recently, they even brought enterprise Kubernetes and hybrid cloud solutions to their customers. Within IBM’s $19 billion hybrid cloud business these innovations have become core technologies. More than any other organization IBM and Red Hat have contributed the most to the open source community.

In agreement with this, Rometty said that the announcement is the evolution of their long-standing partnership which includes their joint Hybrid Cloud collaboration announcement in May 2018 which turned out to be a key precursor in their journey.

IBM will continue to remain committed to Red Hat in the following ways:

They will continue to build and enhance Red Hat partnerships, including those with major cloud providers, such as Amazon Web Services, Microsoft Azure, Google Cloud, Alibaba and more, in addition to the IBM Cloud. At the same time, Red Hat will get to benefit from IBM’s hybrid cloud and enterprise IT scale which will help in expanding their open source technology portfolio to businesses globally.

Upon closing of the acquisition deal, Red Hat will be joining IBM’s Hybrid Cloud team as a distinct unit, making sure they preserve the independence and neutrality of Red Hat’s open source development heritage and commitment, current product portfolio and their go-to-market strategy, and unique development culture.

Paul Cormier, President, Products and Technologies, Red Hat stated that IBM has a commitment to maintaining the things that have helped make Red Hat successful, like their ability to always think about the customer and the open source community, makes this an incredible opportunity for not just Red Hat but for open source in general.

Paul added, “Since the day we decided to bring open source to the enterprise, our mission has remained unchanged. And now, one of the biggest enterprise technology companies on the planet has agreed to partner with us to scale and accelerate our efforts, bringing open source innovation to an even greater swath of the enterprise.”

The Red Hat acquisition reinforces the high-value model adopted by IBM which will accelerate IBM’s revenue growth, gross margin and free cash flow within 12 months of closing. This will also support a solid and growing dividend.

The company will be targeting a leverage profile that is consistent with a mid to high single ‘A’ credit rating. Their share repurchase program for the years 2020 and 2021 will be suspended as announced by the company.

In order to secure the transaction financing, at signing, the company will utilize their ample cash, credit and bridge lines. They intend to close the transaction, in the latter half of 2019, with a combination of cash and debt.

The largest deal ever for an open source company and the third largest tech deal ever was made on 28th October between IBM and Red Hat. IBM has announced that they have acquired Red Hat in a deal worth $34Billion.