Facebook Focused On Events in Metaverse & Ecommerce, Deviating From Podcasts 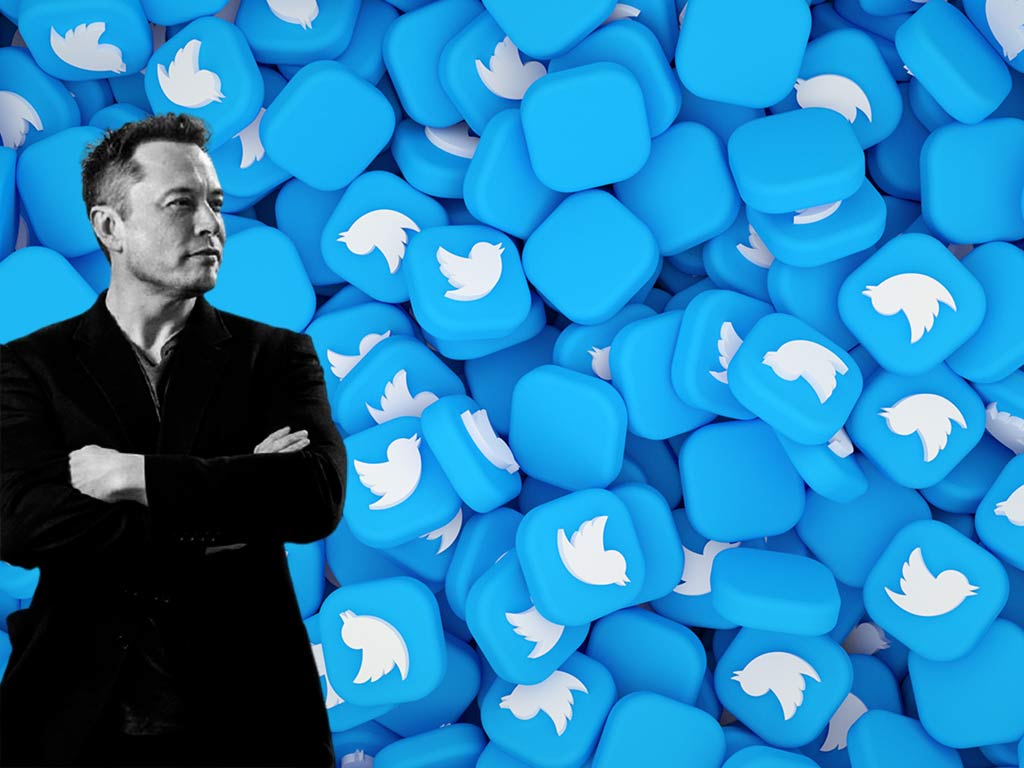 The Twitter board has agreed to a $44bn (£34.5bn) takeover offer from the billionaire Elon Musk. As Elon Musk acquires Twitter, he seemed convinced that Twitter had "tremendous potential" that he would unlock. He had made the shock bid less than two weeks ago.

Musk is determined to make an array of changes from relaxing its content restrictions to eradicating fake accounts. The offer values the social network at $28 per share, which is 25% above the company's stock market value before Mr. Musk made his initial bid last week.

According to Forbes magazine, Elon Musk is the world's richest person with an estimated net worth of 273.6 billion. Apart from having his shareholding in electric vehicle maker Tesla, Musk also leads the aerospace firm SpaceX.

“I also want to make Twitter better than ever by enhancing the product with new features, making the algorithms open source to increase trust, defeating the spam bots, and authenticating all humans."

"Twitter has tremendous potential - I look forward to working with the company and the community of users to unlock it." 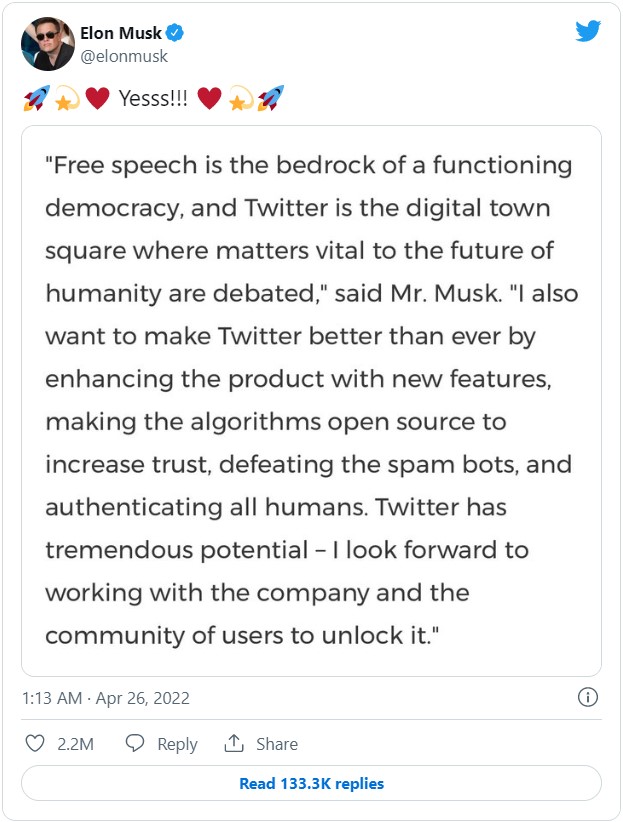 Political and Socio-Economic Significance of the Acquisition

Twitter's acquisition by Tesla founder Elon Musk has prompted celebration by the platform's conservative users, amid concerns the new owner will clamp down on their views and behavior. Twitter's acquisition by Tesla founder Elon Musk could reignite a dialogue between the technology sector and the political right, which has become increasingly prominent in recent years. News that tech entrepreneur Elon Musk has acquired the troubled social media company Twitter will amuse its many conservative opponents, who have long sought a buyer for the company.

In the recent past, there has been an ever-increasing pressure on Twitter from politicians and regulators over the content that appears on the platform. The platform has also been profoundly criticized for an increase in mediating misinformation.

In one of the most high-profile moves last year Twitter banned former US President Donald Trump after citing the risk of “incitement of violence.”

Elon Musk back then had elucidated, “A lot of people are going to be super unhappy with West Coast high tech as the de facto arbiter of free speech.”

The news of Elon Musk taking over Twitter is being cheered in the US; however, Mr. Trump on Monday disclosed to Fox News that he has no plans to re-join the platform.

Twitter is an American microblogging and social network service founded in 2006 and headquartered in San Francisco, California. Here people communicate using short messages called tweets. Tweeting is posting short messages, other than direct messages that only the recipient sees. Senders can tweet as a guest without registering, but most users are registered with Twitter. Anyone who has Twitter access can read tweets, even if they are not followers of the person tweeting.

Typically, people tweet about what they are doing at a specific moment or their opinion about something. Traditional advertisements ARE NOT used on Twitter unless the advertiser is relevant to someone in the audience, for example, sports and entertainment venues, celebrities and personalities, media outlets and networks, and political parties.

The Twitter board has agreed to a $44bn (£34.5bn) takeover offer from the billionaire Elon Musk. As Elon Musk acquires Twitter, he seemed convinced that Twitter had “tremendous potential” that he would unlock. He had made the shock bid less than two weeks ago.