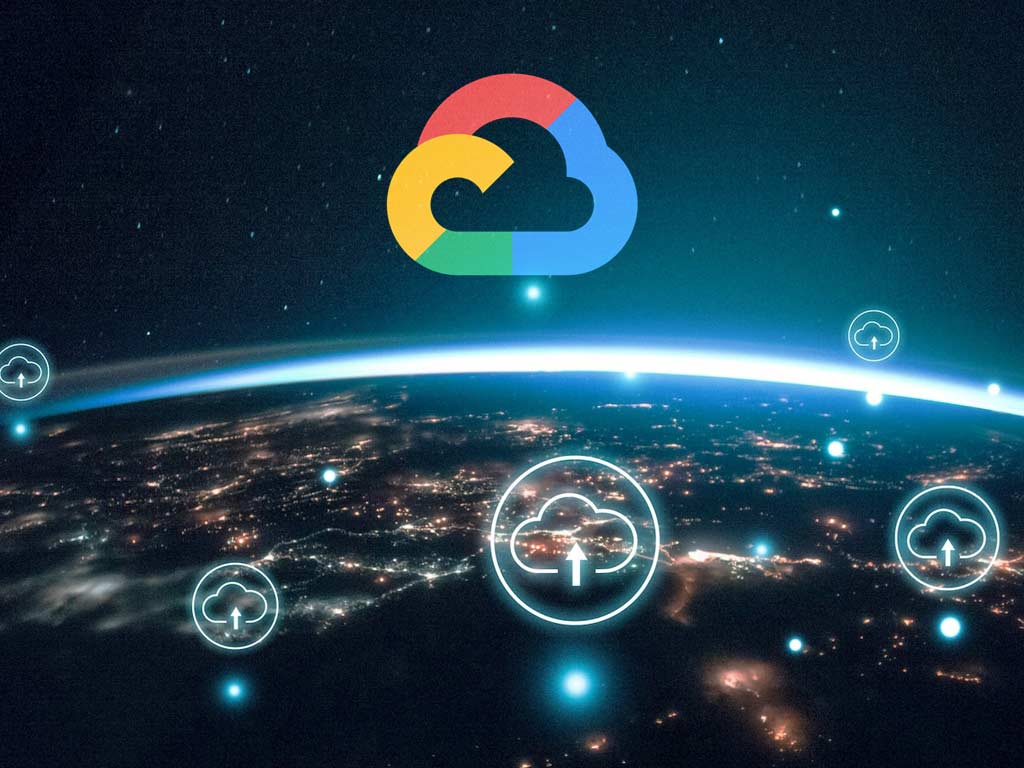 Google Cloud’s Media CDN is now overtly available. Google Cloud declared on the 25th of April that its Media CDN, comprising of a network of media companies that Google uses to design and optimize its innate streaming experiences, would now be generally available for the companies who wish to design and deliver streaming services or immersive experiences over Google Cloud with Media CDN. The modern landscape of cloud is highly competitive with Google being surrounded by fierce competitors such as Microsoft Azure, Amazon CloudFront, and Cloudflare. However, YouTube owned by Google delivers over a billion hours of video streams every single day and remains undoubtedly invincible in terms of delivering streaming services used by an overwhelming number of people across the globe to sell their products or services.

Even companies like Netflix, Disney, and HBO who dominate the realm of movie streaming and TV shows can't dare to beat YouTube which undoubtedly remains the undisputed liege lord the in the demesne of video streams.

YouTube gets flooded with 100 hours of video every minute which equals 0.023 Petabytes per day. That's a lot of videos!

Google has an edge network that's focused on accelerating video delivery at scale. Back in 2013, the company "open sourced" its internal design for a global edge network that helped improve the performance of YouTube streaming for users watching videos on their phones and computers.

Google had revealed a few weeks back that it’s been working on building out an additional backbone for YouTube content delivery. Now, the service is explicitly confirmed and publicly available. And yes, it can handle 4K YouTube video playback at 60fps.

It's an oft-told tale that Google is built on the idea of encouraging people to find information, and there are many parallels to media delivery – it's all about connectivity, scale, and speed. Given that, they've been working hard over the past several years with their partners in the streaming industry to accelerate media delivery over the internet in a way that allows publishers to focus on creative storytelling and reduces their costs.

For the past two years, Google Cloud's Internet content delivery network was only available for internal use. As Google turned up a commercial version of its Content Delivery Network, it might be interesting to explore the new features such as a service monitoring dashboard.

Smaller video creators and distributors can now take advantage of a global edge network from Google with GCP as well as a content delivery dashboard that makes it easier for them to stream their videos.

The move to overt availability represents a big push for Google Cloud as well, which hopes to shore up its position against Amazon Web Services and Microsoft Azure. Up until now, Google Cloud’s media platform has been available in a beta state – a sneak preview of sorts with other companies testing out the service to see what the likes of Netflix and others might make use of in the future.

Everyone can make great videos. And almost every device that connects to the internet has the ability to play them. With powerful production tools and a platform that can scale up to meet demand, creators can not only shoot, edit and upload on any device but also amplify their reach in beautiful 4K and HDR video.

The point of this CDN (Content Delivery Network) is that videos are stored all over the place – YouTube has thousands of servers around the world, and you may have an idea of what those look like – but in reality, there are tens of thousands more. YouTube only has flourished in terms of streaming videos and engaging users ever since it was acquired by Google in 2006 for $1.65 billion. The world is streaming more videos than ever on YouTube but actually, in the backdrop, the Content Delivery Network of Google makes the entire plan work so seamlessly.

The digital media and entertainment industry is undergoing exponential growth. For the media content creators and producers, this has become a daunting task to optimize the online digital experiences for ever-increasing audience size and consequently, the media and communication industry specialists are consistently in quest of ways to deliver fresh and innovative content.

The Global Internet Phenomena Report concluded that streaming videos account for 53.7% of internet brandwidth traffic which has scaled up by 4.8% over the previous year.

Well, that’s a lot of traffic, indeed. To sustain this enormous traffic and avoid the straining of their existing infrastructure by the rapid growth of different types of pieces of content, media companies are increasingly shifting to public clouds. Google Cloud’s Media CDN is an excellent option for such companies because of its global reach and unbeatable distribution competencies.

Here are some of the prime advantages of leveraging Google Cloud's Media CDN for designing, delivering, and optimizing media services:

1. Media CDN Not Only Suffices the Need for Intelligent Media Services But Also Takes Care of Operationalizing

Media CDN will prove to be handy for the Google Cloud customers as there is a rise in the other forms of non-conventional content types such as gaming, social networks, AR/VR experiences, and education. It will not only serve as an intelligent media service provider but will also take care of seamlessly operationalizing the distribution competencies. With Media CDN Google Cloud’s media and entertainment customers will be able to effectively and intelligently deliver streaming experiences to viewers anywhere across the globe.

Media CDN is the next-generation video delivery service that runs on shared, planet-scale infrastructure and was built to specifically address the needs of cloud-native apps and new immersive media experiences. Media CDN is an integrated solution that accelerates content delivery across the web and mobile apps. Built on planet-scale in a highly secure environment, it offers a one-stop-shop for all your media delivery needs, including translations, optimization controls, and support for multiple protocols. It's the world's largest and most efficient provider of this capability. Media CDN's planet-scale infrastructure delivers media experiences at the speed of light globally, with consistent performance and reliability.

Media CDN is a cloud path optimizer that improves CDN performance and reduces cost by offloading the origin. It enables the delivery of immersive media experiences by tailoring delivery to network conditions. Media CDN is built on world-class planet-scale infrastructure for ultra-low latency and high uptime, and can be used as a standalone solution or integrated with Cloud CDN for data optimization, video transcoding, multiscreen delivery and more.

Here’s what the customers using Media CDN have got to say:

“We are excited to leverage Media CDN to continue to deliver an exceptional streaming experience for Stan users across Australia. With Google’s massive network, and a deep reach into the ISPs, we are able to deliver the highest quality video for our users, no matter where they are”—John Hogan, Chief Technology Officer, Stan

“Our mission at U-NEXT is to deliver the highest quality and most entertaining content to our users. Google Cloud’s Media CDN helps us efficiently scale our infrastructure, which is challenging with a vast library of content. Media CDN offloaded 98.3% of requests from our origin server while delivering consistent great quality.”—Rutong Li, Chief Technology Officer, U-NEXT

3. Get Going With Immersive Experiences & A Broader Monetization Platform

Media CDN provides a new way to deliver a high-quality viewing experience, scale video distribution, and monetization across the globe, and give viewers more control over how they see, experience, and interact with the content they love.

Media CDN offers capabilities to improve the viewer’s interactive experience. This comprehensive cloud solution provides a platform for streaming media and hosting services. Media CDN is built with AI/ML that will give viewers more control over how they see, experience, and even interact with content. For example, sports fans watching a game can obtain real-time stats and analytics, viewers can purchase items from virtual billboards, etc. Media CDN offers an intelligent global CDN solution for streaming services and device manufacturers. The platform powers next-generation experiences, like real-time engagement, ultra-personalization, conversational interfaces, and more.

Media companies are under pressure to develop, deploy, and iterate at a furious pace. Media CDN was built by developers, for developers, with automation and observability built-in. We offer comprehensive APIs and automation tools and detailed app metrics that make it easy to diagnose performance. Our real-time visibility tool integrates with the Google Cloud suite of tools—such as Grafana and ElasticSearch—as well as other tools that you already use such as New Relic.

Here's what the customers have to say:

“Leveraging the same infrastructure as YouTube, Google Cloud’s Media CDN combines geographic reach, API-first architecture and integration with the Cloud operations suite. This is a transformative move that is aligned with the future of the CDN industry.”— Ghassan Abdo, Research Vice President, WW Telecom, Virtualization and CDN, IDC

“Viewers around the world are demanding best-in-class video quality and performance across modes of consumption. A video-first delivery network can be a game changer in this space. We're excited to partner with Google Cloud and to leverage Media CDN to enable premium video experiences and customer engagements.”—Juan Martin, Founder and CTO, Firstlight Media

The Media CDN brings the scale and experience of Google to the world of streaming media providers. With the reliability, high availability, and security that are a core part of our architecture, the media, and entertainment customers choosing Google Cloud's CDN can focus on growing your business.

To Wrap It Up

Imagine what magic now can happen for companies who wish to scale their media delivery with the help of Google Cloud which offers the same infrastructure that Google has built and optimized over the last decade to serve YouTube content to over 2 billion users across the globe!

Well, nothing is flawless though and even YouTube succumbs sometimes. However, there's seldom anything that can go wrong with the companies now who have an access to Google's Media CDN repositories to scale up their media delivery and keep things running; unless of course if they're planning to build something analogous to Netflix operating on a network of servers that boasts to reach over 200 cities and 1,300 cities globally. Well, the latter then becomes a different "media-muddle" altogether to be taken care of.

Google Cloud's Media CDN service will also include support for modern transport protocols such as QUIC that uses lesser data and delivers content more smoothly & seamlessly. Moreover, the APIs used by the media companies to serve the advertisements and real-time data feed for live sports broadcasts, and support news platforms will also be available for many companies who wish to leverage Media CDN by Google Cloud.

Google Cloud’s Media CDN is now overtly available. Google Cloud declared on the 25th of April that its Media CDN, comprising of a network of media companies that Google uses to design and optimize its innate streaming experiences