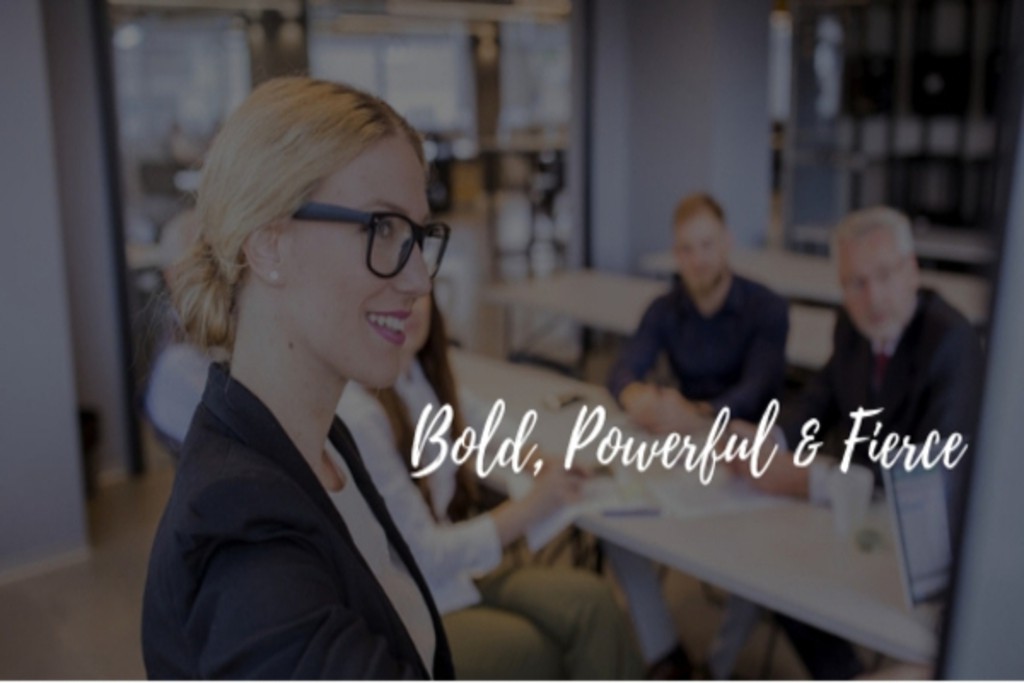 Great strides have been made towards equality but even today, many women find themselves unfairly blocked from advancing in their careers. These women could be ideal candidates with relevant qualifications and expertise but time and again they get overlooked for senior positions. This is when they hit the glass ceiling.

To be a female entrepreneur in this World is not easy. Economic empowerment is crucial for women. When women and girls are able to have control over their finances, it not only changes their lives, but it also changes their communities, countries and the world for the better.

This is the reason why we chose to honor International Women’s Day 2019 by celebrating some of our favorite female entrepreneurs who have broken through the glass ceiling and are continuously bringing gender gaps to a close.

“Being financially literate is a powerful thing, especially for women.”

Otegha Uwagba, often associated with the term ‘Girl Boss’, is the founder of Women Who where she connects and supports creative working women through different forms of content which include newsletters, website and podcasts.

She is a writer, speaker and a brand consultant who has spent many years working at the media center, Vice and the world renowned creative agency. AMV BBDO. She has even been named on Forbes’ 30 under 30 list.

“Today, women in the UAE are empowered to serve their country and encouraged to be aspirational through provision of greater opportunities.”

Her Excellency Shaikha Lubna Bint Khalid Al Qasimi is the first woman to hold a ministerial post and engage in the ministerial decision-making process in the United Arab Emirates.

She joined the cabined in 2004 as the minister of economy and held that position during the most important period in the emerging economy in UAE history. She is currently working on bolstering a platform of acceptance and diversity in the UAE as the minister of tolerance.

Through her efforts and ambitions, she has made it possible for other Emirati women to hold high ranking positions within the government.

Eva Yi-Hwa Chen is a Taiwanese businessperson and the co-founder and CEO of Trend Micro which is the World’s 3rd largest antivirus software firm and biggest in Asia.

In 2010, she was named one of the Top 100 Most Influential Executives in the Industy by CRN Magazine. She was also the 5th on the 2012 Forbes list of Asia’s Top 50 Power Businesswomen.

In 2012, she won the Cloud Security Alliance Industry Leadership Award for her contributions to cloud security in the Asia-Pacific region.

“Hold your tears back, because there is no shoulder to cry on.”

Ambica Shrestha is a Nepalese entrepreneur and is the president of Dwarika´s Hotels and Resorts.

In 1991, she took command of the small hotel and transformed it into one of the most reputed, high end heritage hotel of Nepal. She was elected as the President for the National Heritage Society.

She works as an honorary consulate General of Spain for Nepal and also serves as the head of the Nepalese Heritage Society and Business and Professional Women Nepal.

She constantly works to preserve the cultural heritage of Nepal and improve the life of underprivileged women.

“Being a female entrepreneur has never felt like a disadvantage to me. Take the risk, it’s worth it! I actively encourage women working in tech who want to start their own businesses.”

Céline Lazorthes is a French businesswoman, founder and CEO of the Leetchi group.

She developed the tech that underpins Leetchi into the SAAS business Mangopay which is a B2B payment solution that is dedicated to marketplaces and crowdfunding platforms.

She is also deeply engaged in the start-up community and is the founding member of France Digitale which is an active business angel.

She is also a regular speaker on entrepreneurship and FinTech.

Geisha Williams is a Cuban American businesswoman who was the first Latina CEO and president of a Fortune 500 company.

Her parents were political dissidents in Cuba but always had a soft corner for America.

She and her family had tried for 18 months to leave Cuba and move to America until finally they were permitted to do so. She is the classic example of an immigrant success story.

She made business history when she became the first Latina CEO of Pg&E Corp. She played a huge role in transforming the electricity business into a leader in clean energy

“A woman with a voice is, by definition a strong woman.”

Melinda F. Emerson or more popularly known as the SmallBizLady is the #1 Small Business Expert in America and has been a thriving entrepreneur for nearly 2 decades!

She is an internationally known expert on small business development and social media marketing. The small business advice that she gives reaches more than 3 million entrepreneurs each week online.

She is a real pioneer in social media marketing and the creator and host of #Smallbizchat which is the longest running live chat on Twitter that is catered to small business owners.

She has won multiple awards including the National Association of Women Business Owners’ Woman of Distinction Award, the Top 50 Women in Business in Pennsylvania, and the Top 30 Leaders of the future by Ebony Magazine.

Kalsoom Lakhani is the young Pakistani entrepreneur who founded invest2innovate in 2011. It is the leading supporter of the Pakistani startup community.

She has more than a decade worth of experience and has even trained changemakers, young entrepreneurs, and civil society leaders in different locations like Bangladesh, Ukraine, Kosovo, Nepal, Cambodia, Ireland, and Kazakhstan.

Previously, she was the Washington, D.C. co-ambassador for Sandbox which is a global network of innovators under 30.

In 2012, she was also featured in Diplomatic Courier’s Top 99 Foreign Policy Leaders under 33.

“There is no easy way to succeed. Success comes only when you put all your faith and passion into what you pursue.”

Nguyễn Thị Phương Thảo is a Vietnamese businesswoman and the President and CEO of VietJet Air, the first privately-owned, low-cost, international airline in Vietnam.

With a real time net worth of $2.3Billion, she is Vietnam’s first self-made woman billionaire.

After receiving the first private license in the aviation industry, she then had to build a consumer base in a country where people had never travelled by air.

Ambiga Subramanian is the first woman to head an India unicorn aka a startup that is valued at over $1 billion.

She used to be the CEO of Mu Sigma which is a data analytics firm. With a net worth of over Rs2500 crore ($381 million), she is the eight richest and youngest Indian self-made woman.

In 2016, she was ranked among India’s most powerful businesswomen by Forbes.

These are just 10 of the many successful women who have proven, without a shadow of a doubt, that women have redefined their power. They have proved themselves in all spheres of life including the cumbersome world of entrepreneurship and against all odds.

Happy International Women’s Day to all the women out there from Valasys Media!

Great strides have been made towards equality but even today, many women find themselves unfairly blocked from advancing in their careers.