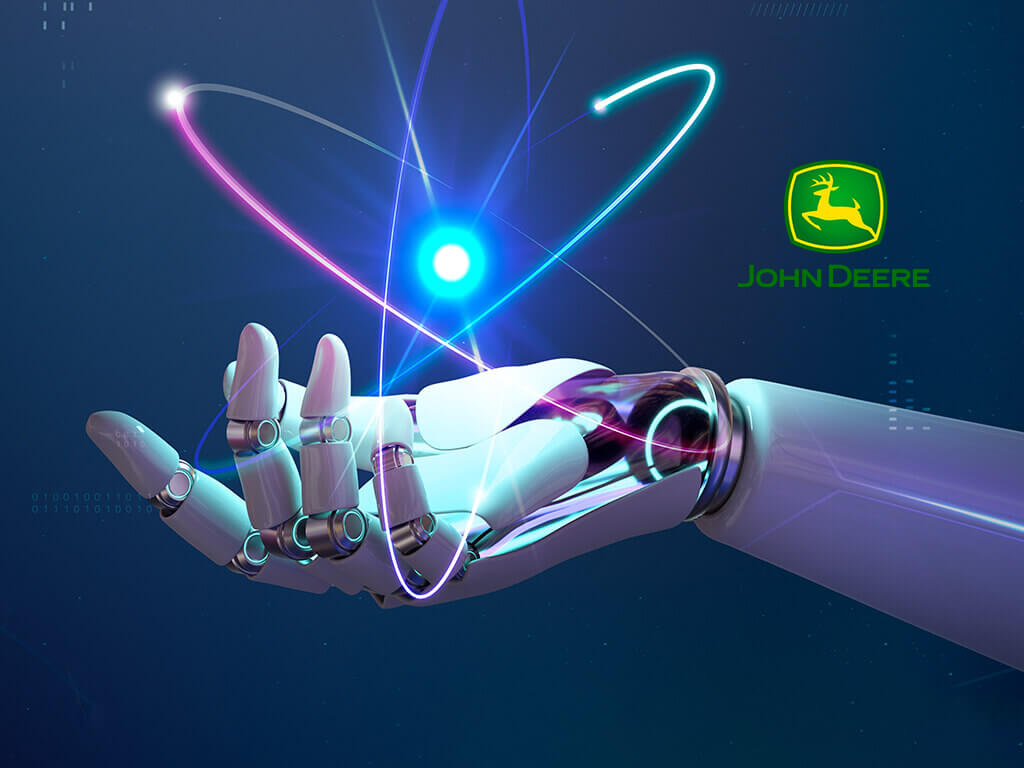 Most people are unaware that John Deere is now an agricultural technology firm rather than a car manufacturer. And, based on current trends, we expect it to be fully AI over the next 15 years.

JD developed a system that was precise to a few millimeters - before GPS systems may be wrong by many meters.

This led to the world's first internet-based GPS tracking system, created with NASA.

In other words, John Deer tractors and NASA paved the way for current autonomous cars decades ago.

John Deere is no stranger to automation. These include hands-free driving assistance and autonomous weed detection and removal.

But the recent turn to autonomy has positioned the corporation to be a major player in AI technology.

Heraud cited AI-powered systems to locate and cull weeds in real time as an example.

Nobody wants to saturate an entire field with pesticides. And weeding thousands of acres by hand is extremely costly and labor intensive.

However, weeding in real-time while autonomous farm tractors are tilling saves time and labor while enhancing productivity for current and future crops.

On the other hand, John Deere's autonomous tractors are interesting.

The 8R: This AI-powered tractor is unique, according to Heraud. It is fantastic. It's not simply navigation... The farmer can do other things. They can depart the taxi and use an app.

Previously, farmers needed to be in the cab to cope with obstructions, mud, and other minor surprises.

Now the 8R can navigate to a field and operate without human assistance. This allows the human to either avoid the item or come and deal with it directly if necessary.

As of now, the fully-autonomous 8R is set up for tilling, an important labor-intensive aspect of farming.

Seasonal and migrant labor are scarce due to COVID-19 and pandemic-related travel restrictions, and farmers are straining to maintain their crops.

The 8R can change the game during harvest, especially when preparing areas for the following planting.

John Deere claims that the “future of farming” will be a robotic revolution.

There's a fair likelihood that if Deere sells it, they'll try to transform it into an autonomous robot.

John Deere is the brand name of Deere & Company, a firm that makes agricultural machinery and heavy equipment, as well as forestry machinery and diesel engines, as well as drivetrains for heavy equipment and lawn care equipment. Deere's objective is to be a global leader in the development and delivery of sophisticated products, technologies, and services to clients changing agriculture or building infrastructure.

John Deere has approximately 200 years in business. Most people are unaware that John Deere is now an agricultural technology firm rather than a car manufacturer. And, based on current trends, we expect it to be fully AI over the next 15 years.