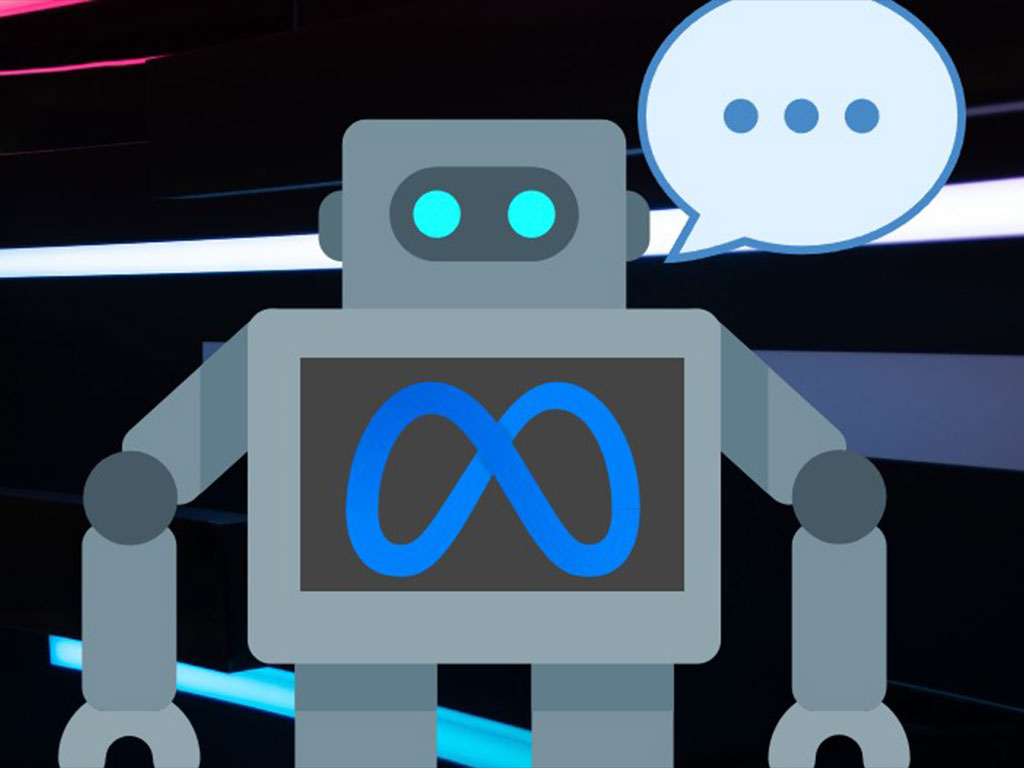 After introducing its AI Chatbot BelnderBot 3, the previous week, Meta has started testing this chatbot by allowing the common masses to chat with it. The chatbot is available online as BlenderBot 3, and according to Meta, BlenderBot 3 can respond informally and respond to the kinds of questions you might ask a virtual assistant.

The latest version of Meta’s chatbot, BlenderBot 3, aims to help you get organized. The system has been designed to converse informally and respond to the kinds of questions you might ask a virtual assistant. It can also further personalize your experience by adapting its AI to suit the way you speak and interact with it.

Despite still being in beta testing, the system is already able to converse informally and respond to the kinds of questions you might ask a virtual assistant.

The bot Architecture is based on Meta’s prior work with massive language models, giving BlenderBot the ability to generate content and analyze everything a human would be able to use a tool like Google Assistant. While the BlenderBot is still in its early stages of deployment, it already shows great promise for the future of digital assistants.

The entire architecture aims to create a more reliable system that can function as an automated assistant. To achieve this, a model was constructed based on Meta’s prior work with massive language models, or LLMs. The LLMs are quite competent but unreliable text-generation programs. That’s why before the launch of BelnderBot 3 & even post its launch there were massive speculations surrounding the user-friendliness and the ease of use of the bots.

Like other LLMs, BlenderBot is constantly undergoing extensive training on massive text datasets and then the data is being harnessed and mined for detecting analytical patterns to produce language; such systems earlier have proven to be remarkably flexible and have been used for a multitude of activities, such as assisting authors in writing their upcoming best-selling books and producing code for programmers. These models do, however, have serious flaws: they frequently generate user-generated answers and repeat errors in their training data, which is a big problem if they are to function as useful digital assistants. The testing of BelnderBot 3 is primarily aimed to do away with these flaws, and enabling the bot to come up with the most analytical and logical answers to customers' pain points in real-time.

BlenderBot 3 makes use of a complex AI architecture, which uses deep learning, reinforcement learning, and machine vision to identify different types of questions and answers. The system can understand natural language and instantly detect the context in which it was said. Therefore, BlenderBot 3 is able to build models from conversational examples in real-time.

Meta aims to use BlenderBot 3 to create a system that can estimate the arguments and thoughts of people in real-time. This system will be able to interact with users across the globe without requiring that they install anything other than a web browser. Users will have access to curated responses and recommendations, as well as firsthand experience with various cultures and places. In doing so, Meta can create an environment where people can talk about anything, even inappropriate things like politics.

The bot can examine the vast amount of information available online. In this way, it can determine whether or not a certain set of answers is correct. For example, a person can ask “how to make an app?” Following this question, users should be provided with links to relevant articles on how to create apps. When BlenderBot 3 looks up the answer to your question, it will list the places where this information came from by going through various references that are listed in its responses.

Why Publicizing BlenderBot 3 Is a Risk Worth Taking?

The release of BlenderBot 3 to the general public is a risk worth taking, and Meta has taken the necessary steps toward ensuring this robot won't be as unpredictable as Tay was. The engineers at Meta have taken the necessary precautions to ensure the safety of both BlenderBot and humans, so it can be integrated into social media platforms freely. When it was first released, BlenderBot 1.0 was basically just a vocal companion that went online and said random things to human users. Though this provided many people with hours of entertainment, the behavior was in most cases unproductive and eventually led to the Twitter account being deleted.

Developing BlenderBot has been a challenging but rewarding process for the Meta team. The team worked hard to make an AI chatbot that can consistently interpret and respond to users’ commands. We hope to release BlenderBot 3 for public beta testing— it’s indeed a lot of work.

The bot offers different levels of customization and allows users to do things like specifying what the bot should say based on user input.

The purpose of BlenderBot is to provide the average consumer with an easy-to-use, customizable autoresponder. There are many bots out there for the public, but none to date have been customized by the consumer, and the bot looks intelligent and capable of understanding and interacting with users in a personalized way.

Publicizing BlenderBot 3 has come with some challenges, but it also poses a great opportunity for businesses and Meta in particular.

Meta builds technologies that help people connect and grow businesses. The company was founded in 2004 & is headquartered in Menlo Park, CA. The Meta team is passionate about building tools that make finding communities, sharing content, and growing businesses easier. They build products on top of platforms like Facebook Messenger, Instagram, and WhatsApp to empower people to build a community around the world. They want to give people the power to communicate through immersive experiences such as augmented reality (AR), virtual reality (VR), and Metaverse — a future of connected content and services interacting together in a 3D shared space that exists beyond reality yet extends beyond mere online social interactions. Their key specialties include AI, VR, ML, Augmented Reality, Open Compute, Social Media, and Metaverse.

After introducing its AI Chatbot BelnderBot 3, the previous week, Meta has started testing this chatbot by allowing the common masses to chat with it.